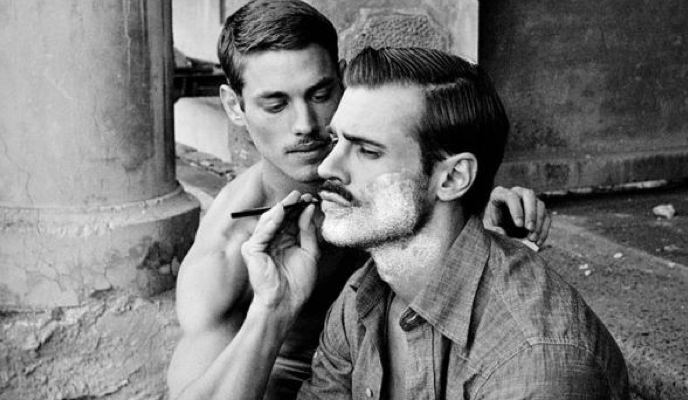 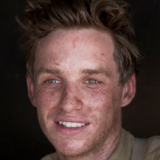 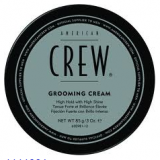 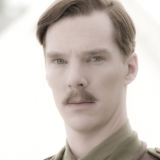 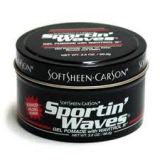 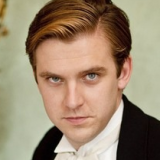 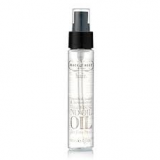 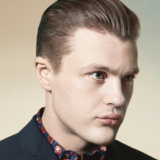 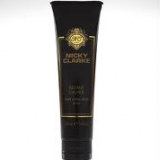 ‘Try a side parting to sharpen your look’

Whether you want a 1920’s undercut like Eddie Redmayne in Birdsong or a 1950’s pompadour like David Beckham, you are in good company. Stylish guys have never wanted their hair to look so ‘nostalgic’ and the rules couldn’t be more simple, just keep it short, sharp and shiny!

Like Michael Pitt in the Prada SS11 ad campaign make sure your chosen look lands just the wrong side of classic. If you want to join the model army take photo references of your chosen look, then inject quirkiness into your cut by discussing your personality and lifestyle with your hairdresser. Paul Percival, Hairdresser for The Hurts at Percy & Reed, recommends visiting a hairdresser that can barber hair using ‘the scissor over comb technique’ apparently it’s crucial in ‘creating this shape around the sides and back of the haircut’. The result is a clean and tapered silhouette.

Act like Benedict Cumberbatch in WarHorse and add instant old school charm by trying a side parting to further sharpen your look. Pick a spot just above where your eyebrow peaks, then comb the hair back and over and leave a visible parting line. Nicky Clarke has noticed recently that ‘men are leaning towards these short, slick almost wartime haircuts’ The great thing here is that this is a look ‘a man of any age can pull off’ as it suits all hair colours and can look great on silver foxes. It’s true George Clooney has been wearing his hair like this for years and always looks dapper.

The sartorial impact of TV and film shouldn’t be underated according to Carmelo Guastella of Melogy he still sees the hairstyles of ‘Michael Pitt in Boardwalk Empire and Jon Hamm in Madmen’ as important ‘cuts that continue to influence contemporary guys’ He suggests that the best way to get this classic look with a shine is to first towel dry the hair, then place a 5-10 pence piece amount of product between the hands, smooth it until they are both covered, finally work through the hair and finish by styling with a comb.

All that remains now is the products. Here at The Grooming Guide we love Sportin’ Waves to give an all day sheen, Percy & Reed No Oil Oil for thicker hair and for a sharp finish with a high shine nothing beats American Crew Grooming Cream. Meanwhile naturally messy pups that still hanker after the dishevelled look should opt for Aveda Grooming Clay.